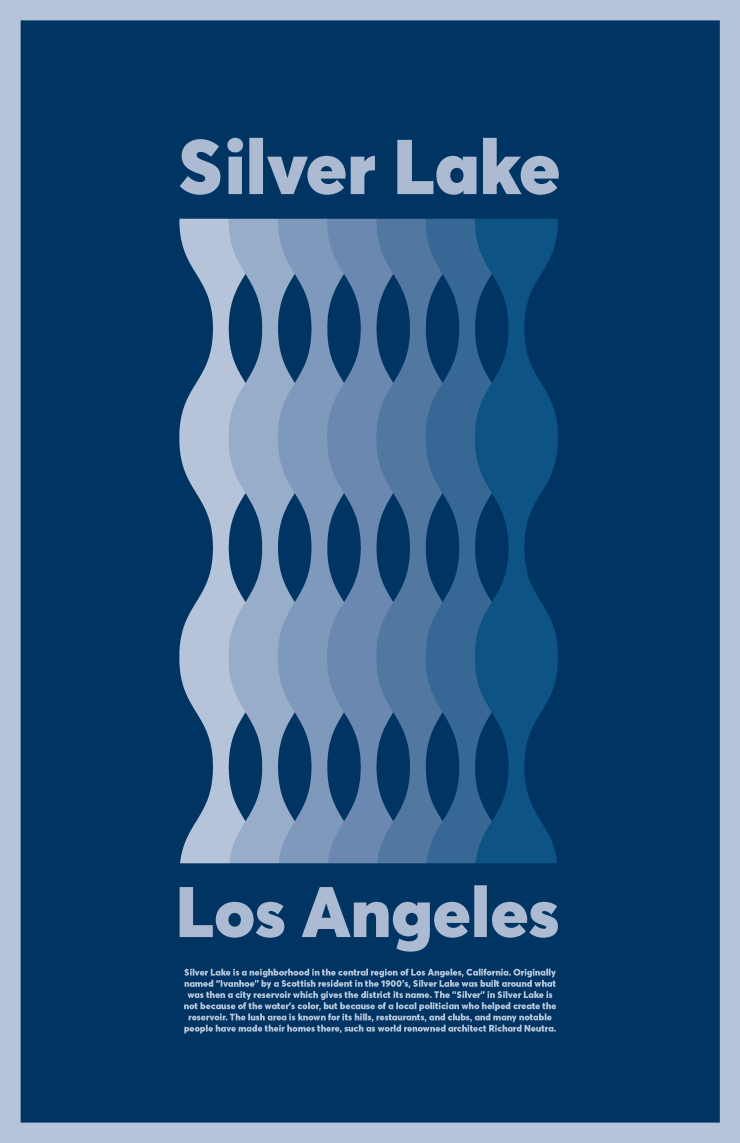 We recently spent a long weekend in Los Angeles, specifically the Silver Lake area. We went with a long list of places we wanted to see but only one pre-booked activity: tickets to view Eames’ Case Study #8. 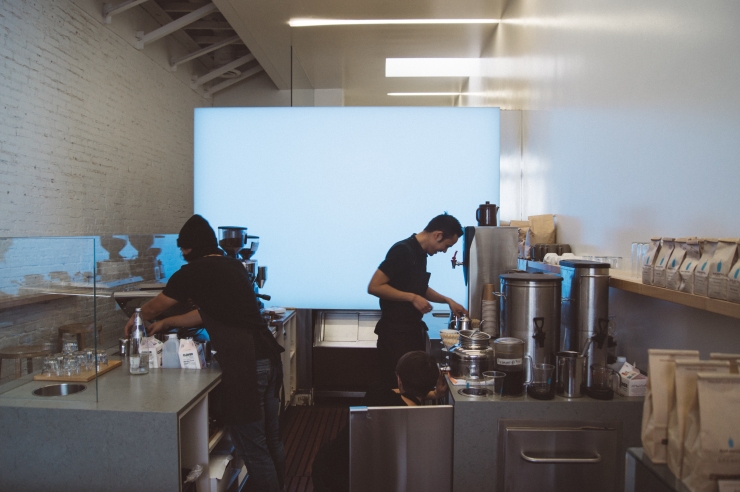 Our first morning was spent in Santa Monica. We picked up our morning coffees at Blue Bottle. A New Orleans (sweet, chicory coffee with milk) for me and a regular cold brew for Evan. Since it was pretty early in the morning, all of the shops on Abbot Kinney Blvd. were still closed. Nonetheless, it was nice to walk around, see the sights, and do some window shopping. 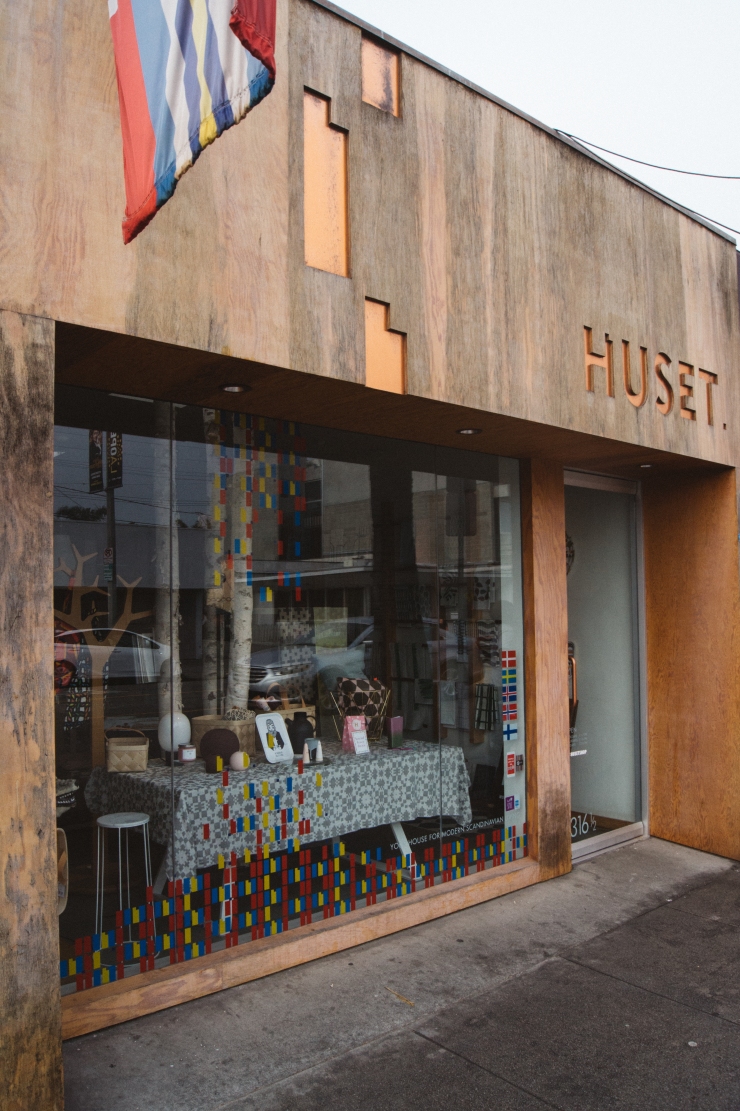 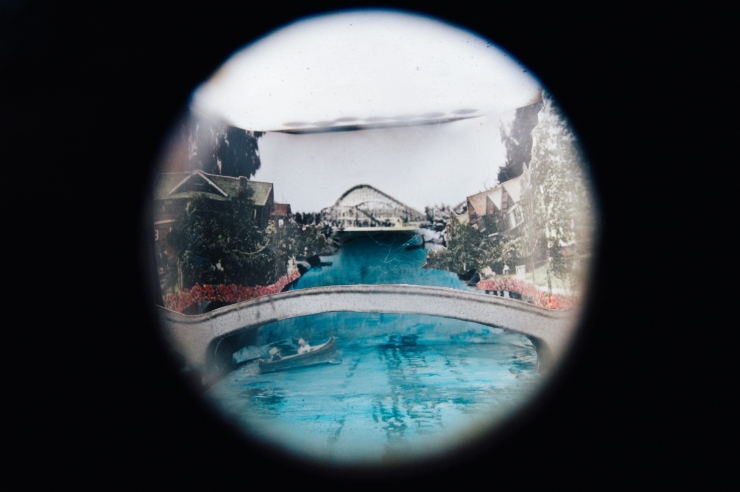 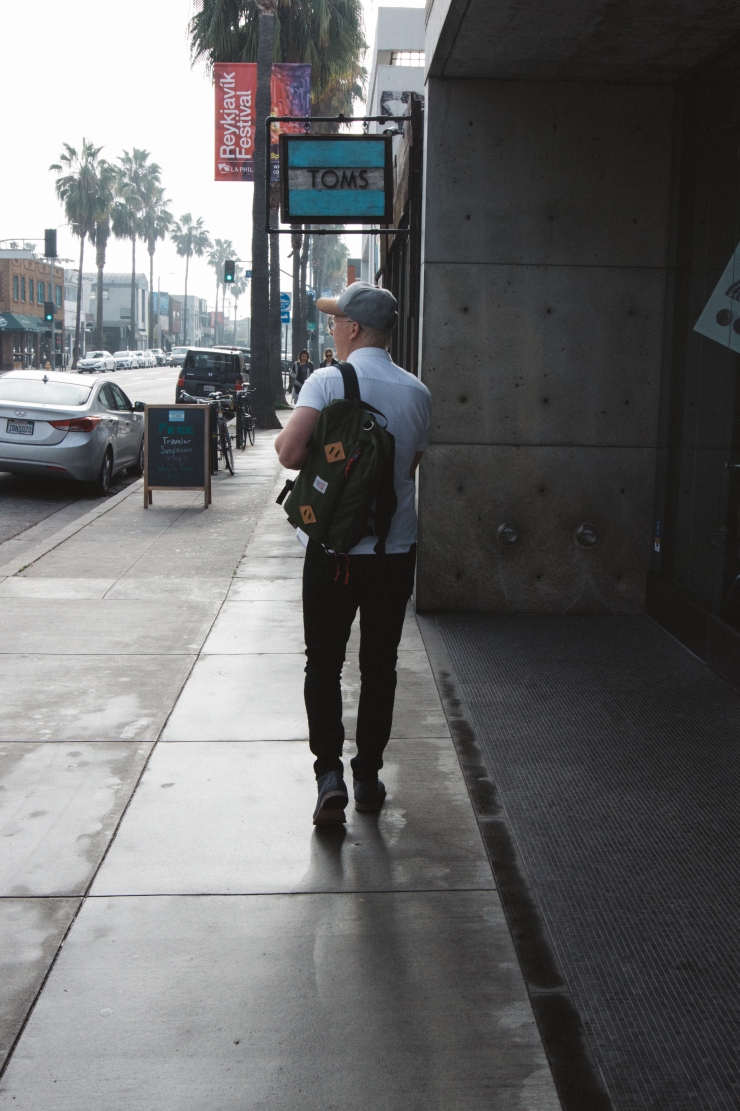 Onto the Eames house!

As stated before, the only item on our Los Angeles agenda that we had actually planned for was our visit to the Eames house. Charles and Ray Eames, husband and wife architects, built this house (also known as Case Study #8) for themselves to live and work in. We’ve been fascinated with the case study program from the 1950’s, so getting to visit one of the houses was really a treat.

We chose the external tour, which allows you to walk the grounds and peek in the home through the floor to ceiling windows. The guides will even open the side and front doors for you so that your view isn’t interrupted by glass. However, you aren’t allowed to take pictures of the interior, and we were told to be far enough away from the windows when taking exterior photos so as to not capture too much of the inside. 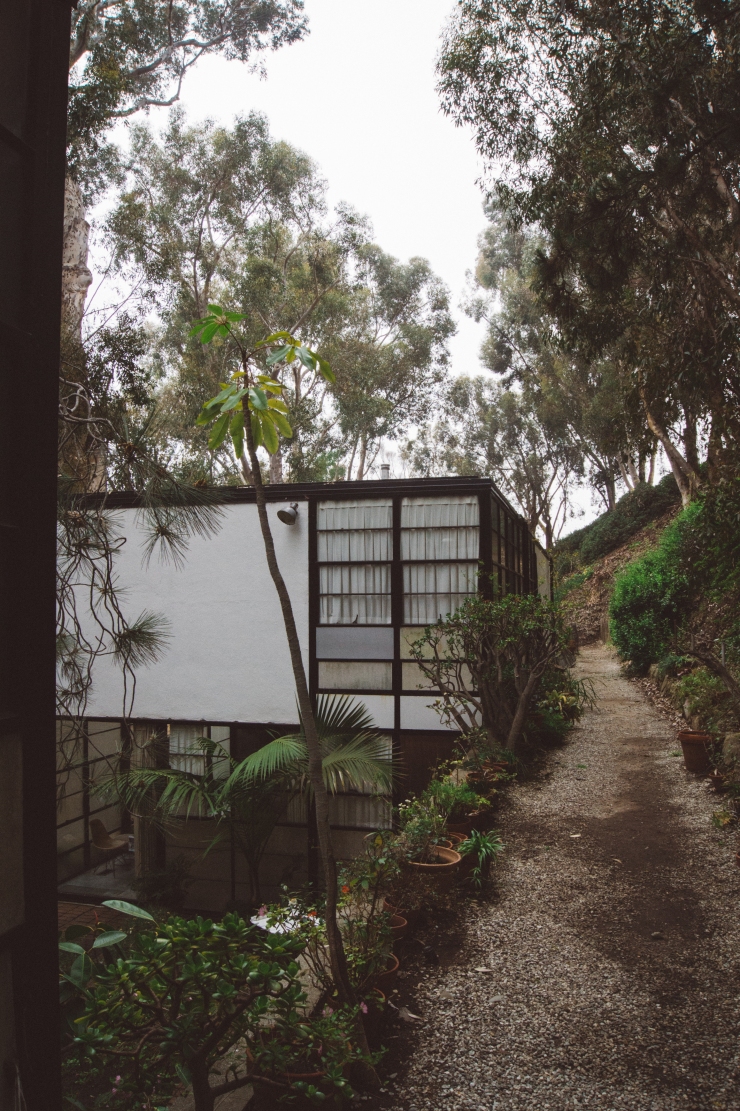 The house sits atop a coastal hill in Pacific Palisades, and you can see the ocean through the trees if you walk to the perimeter of the property. The Eames left the majority of the grounds untouched, creating a “meadow” that you can enjoy while laying on blankets provided by the guides.

The home was left the same way that it was when Ray Eames took her last steps on the property. The Eames foundation felt it was important to preserve their memories in the same places the masters themselves had chosen.

Our favorite part of the inside of their home was the conversation nook. It was such an intimate and personal space that seemed to encourage discussion and ideas. The views of the rest of the home as well as out of the windows, the art and artifacts they’d collected neatly hung in places all around, and the orientation of the seating all made that part of the home seem so cozy and personal. 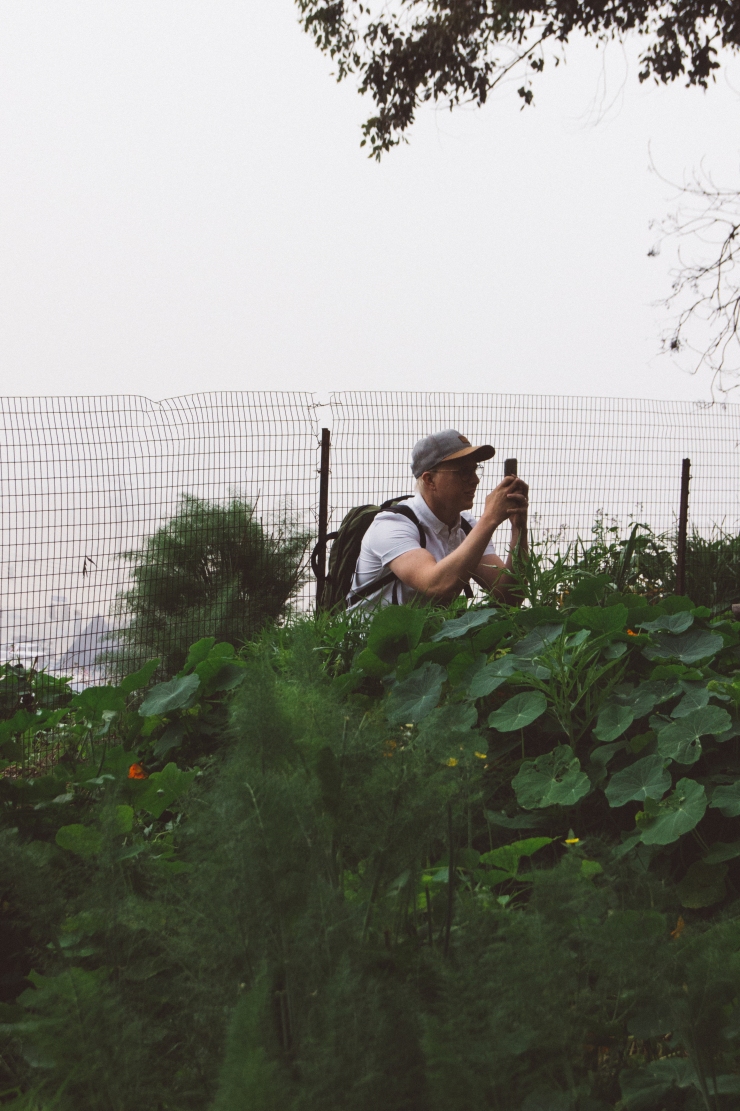 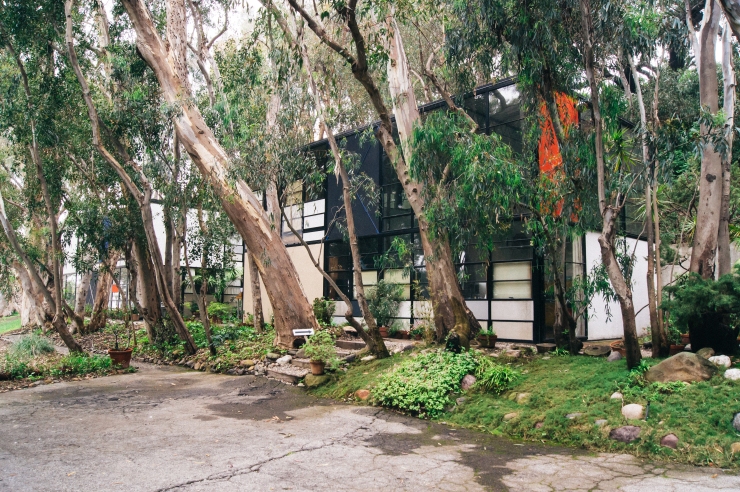 Next up: Grand Central Market!

Besides hearing that it was a go-to first timer tourist stop, seeing the space in La La Land (one of our favorite movies) solidified our decision to keep it on our list of must-sees. After walking around and eyeing all of the food stands, we decided to share a Red falafel and Mexican coke at Madcapra. We’ve recently started craving falafel on a weekly basis, and this place is definitely one we wish we had back in Phoenix! 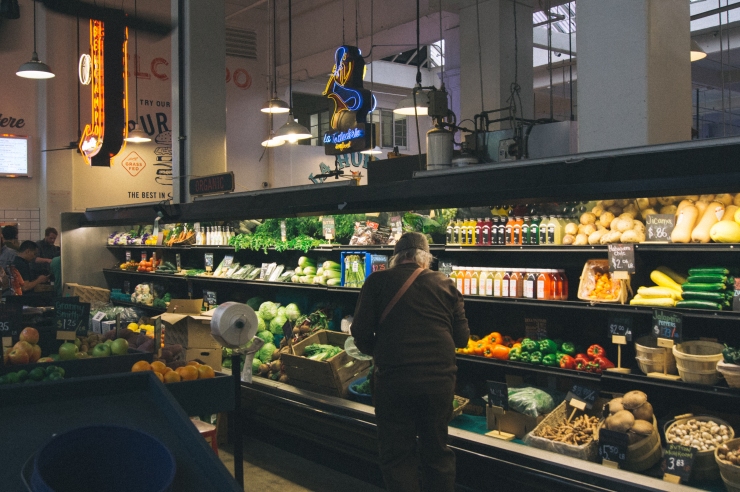 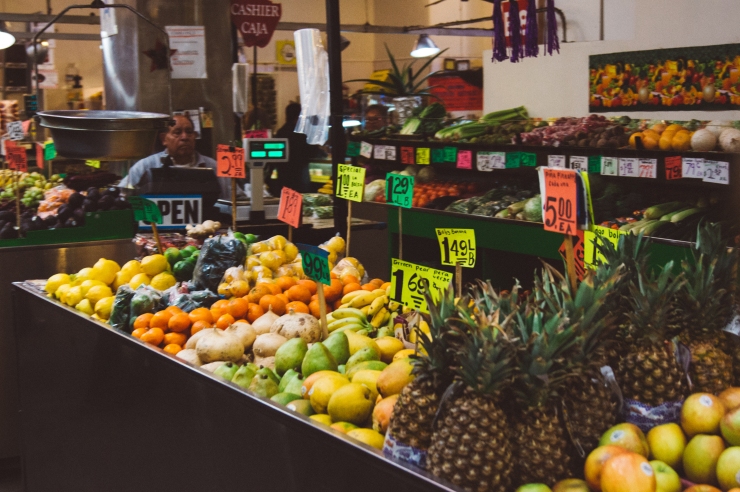 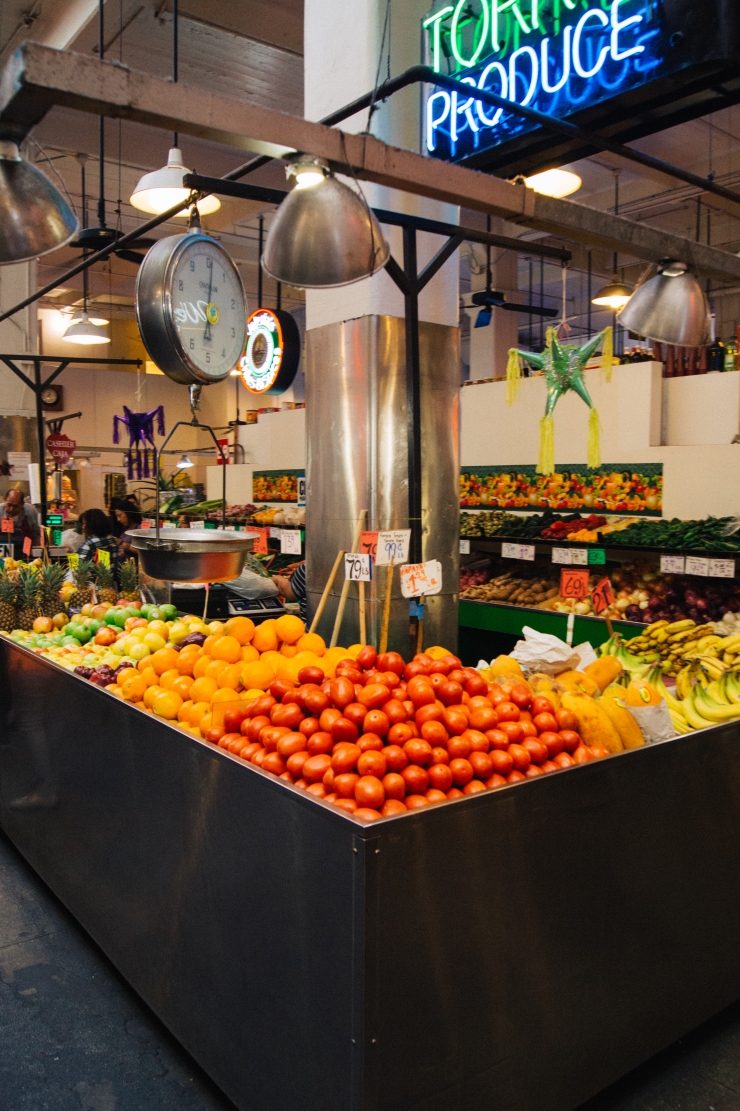 We must have just missed Mia and Sebastian at the pupuseria because they weren’t there. Darn.

Since we didn’t get a chance to try their waffles that morning (the Santa Monica location doesn’t carry them), we decided to walk across the street to our second Blue Bottle location of the day. There, we indulged in mid-afternoon coffees and got a Liege waffle with Nutella to share. The pick-me up was much needed, especially since our day wasn’t even close to being over. 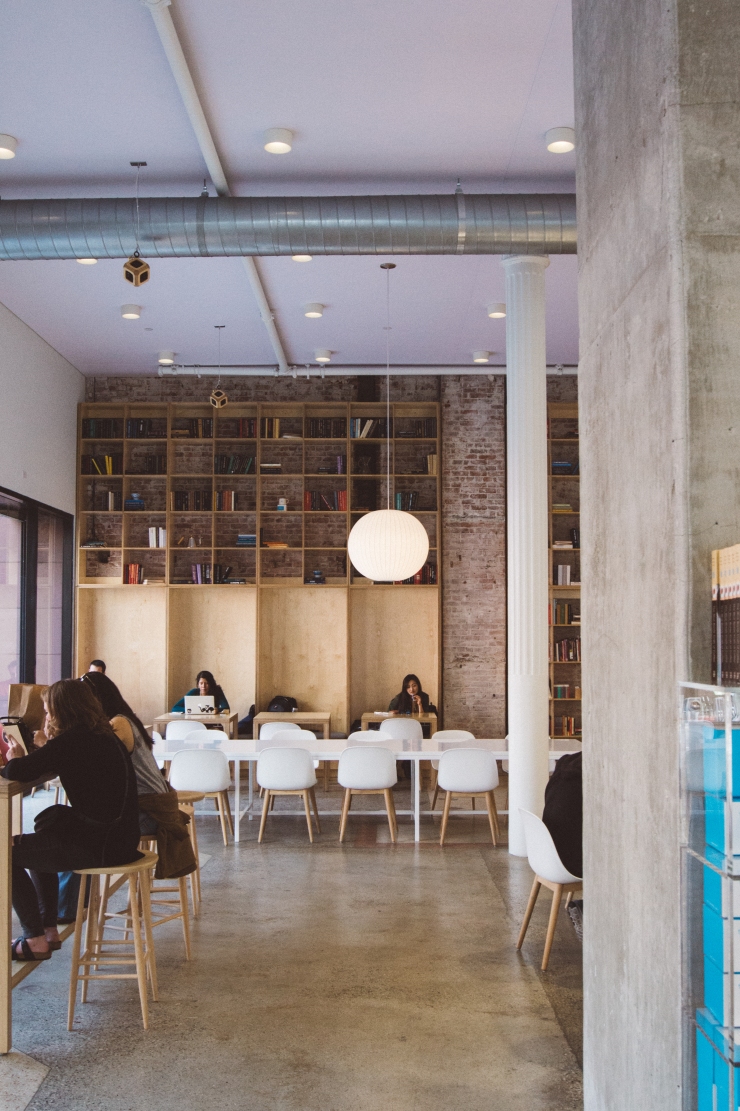 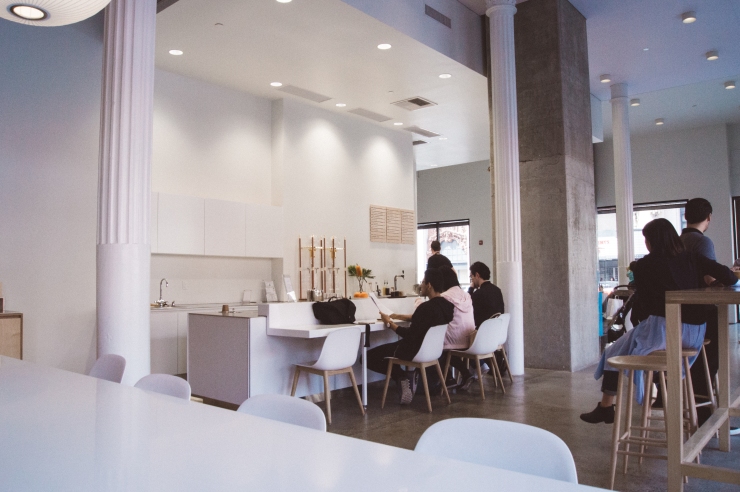 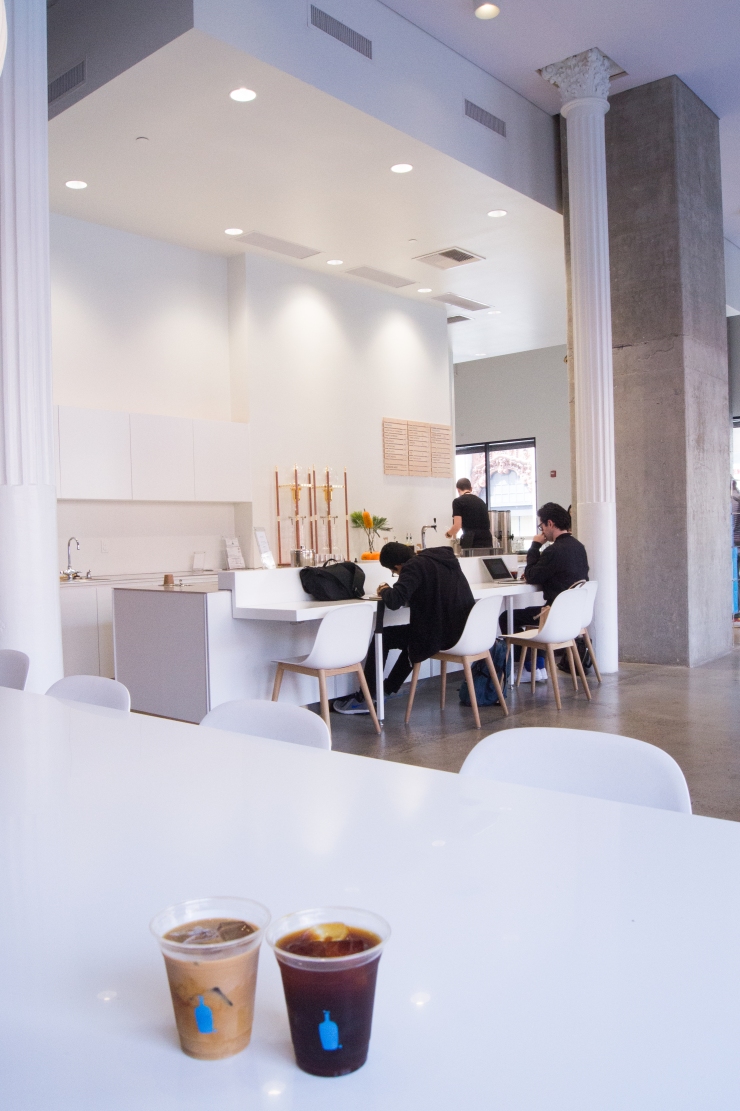 Looking back on our trip, this was one of our most favorite memories and places we visited in L.A. This park might be what changed our minds in thinking that we could, in fact, envision ourselves living in Los Angeles. It was such a lush area, filled with water, lotus blossoms, and walkways, and all the while you were staring at amazing views of one of the biggest cities in America. It was nice to sit and relax on the benches and people watch.

After spending some quality time in Echo Park, we took a much needed power nap at our Airbnb, went to dinner at Umami, strolled around the Griffith Observatory, and ended our long day with drinks at a local tiki bar, Tiki Ti (this place was amazing!).

We are Evan and Shawna Lumpkin. Recently married troublemakers looking to document our lives and share fun adventures and ideas with others. So, kick off your shoes and stay a while!